Read this page in:

Do you think you know TNI? Whether a long-term or recent friend, you might be surprised by this top 40 list of dramatic, tragic, inspiring as well as quirky moments in TNI's four decade history.

As you will see the list is not yet 40 so we are crowdsourcing the last few. Send your memories, anecdotes and facts to birthday@tni.org

4. TNI’s second director, Orlando Letelier was brutally assassinated by Chilean secret police on 21 September, 1976 together with Ronni Karpen Moffitt, a young fundraiser at IPS, in Washington DC with a car bomb. TNI and IPS have continued to fight to bring to justice those responsible for the death of Letelier and thousands of other Chileans.

5. The colour for TNI's logo and look resulted from designers gazing over at the Van Gogh museum across the road from TNI’s original offices, noticing the oxidised blue of its name plaque.

6. CIA whistleblower, Philip Agee, sheltered in TNI’s offices in the summer of 1977 after publishing a book Inside the Company: CIA Diary, which exposed US government’s complicity with torture and political crimes in Latin America.

7. TNI has always worked globally but certain countries have always been a special focus for TNI as we worked closely with liberation movements, and later social movements, in each of these countries: Philippines, Indonesia, South Africa, Mozambique, Zimbabwe, Palestine, Chile, El Salvador, Nicaragua and Burma.

8. In 1988, TNI had not one but four directors! Susan George, Joel Rocamora, Dan Smith and Pedro Vilanova.

9. Basker Vashee, TNI's Director from 1976 to 1985 was a great story-teller, who always had time to chat with comrades over coffee, and famous for his unmistakeable laugh. A Zimbabwean by birth and active in the liberation struggle there, he was a true internationalist ensuring a close and continuing relationship with numerous activists and academics involved in struggles and development projects in Africa.

10. Thabo Mbeki, who would later become President of South Africa, and his brother Moeletsi Mbeki visited TNI on several occasions in the early 1980s, at the height of the apartheid regime and when ANC was still banned in South Africa. Many other intellectuals and activists, from both inside the country and in exile, visited TNI for meetings convened to develop visions for post-apartheid economic policy.

11. TNI fellow Mary Kaldor predicted the fall of the wall quite a few years before it happened. She and Hilary Wainwright were actively involved in efforts to build bridges between democracy activists in Eastern and Western Europe Hilary Wainwright’s After the Wall and later New Left Answers to the New Right documents this period.

12. TNI with IPS for a short time ran an unorthodox PhD programme, accredited by the Graduate School of the Union in the USA. Michael Klare, renowned energy researcher and author of the acclaimed recent book The Race for What’s Left was a graduate from this programme.

13. TNI fellow Fred Halliday must have had the record for languages, being fluent in  twelve languages including Arabic and Persian! Halliday brought to TNI a deep understanding of the dynamics of the Cold War era and a special expertise regarding the whole of the Middle East and North Africa. A strong opponent of the demonization of Islam and Muslims he was a former Professor at the LSE and a former member of the editorial board of the New Left Review.

16. TNI has had lots of failed projects too! One was an over-ambitious Encyclopedia project set up in 1975 that was abandoned three years later. A web portal project to map Alternatives in the late 2000s died a similar death!

17. Lots of well-known novelists have passed through TNI’s doors. Chilean novelist Ariel Dorfman whose book Death and the Maiden was turned into the famous Polanski film was a long term friend and frequent visitor to TNI; Buchi Emecheta, Salman Rushdie and James Baldwin all gave lectures in Amsterdam as part of a series “Another Window on the World” in the early 1980s. John Berger was a fellow for many years, and once famously gave an alternative tour of the Van Gogh museum to TNI guests using his Another Way of Seeing perspective.

18. TNI has not just produced books, but also had a long history of working with film. The late Saul Landau was an Emmy awardee film-maker; TNI hosted a number of film festivals over the years, and also photo exhibitions with, for example, Jean Mohr.

19. Saul Landau recounted that at on his way to one TNI meeting, he had to push someone out of the way as a huge flower pot fell from an apartment several stories up. A great human rights activist for many years through his writings and films, Landau probably saved one life directly that day.

20. TNI has experienced unbelievable generosity of philanthropists over the years.  Samuel Rubin gave $500,000 a year until his death in 1982 in support of TNI, putting his faith in the Institute to fulfil his vision that global problems required global collaboration to solve, and the foundation set up in his name by his daughter, Cora Weiss, ensured TNI was funded for every one its 40 years. TNI also received an amazing gift from Graf Hermann von Hatzfeldt, owner of TNI’s original offices for twenty years, enabling the Institute to buy its current premises.

23. Andre Gunder-Frank was a regular participant in TNI Fellows’ Meetings during his time at the University of Amsterdam, and returned just before his death to help TNI celebrate its 25th anniversary. 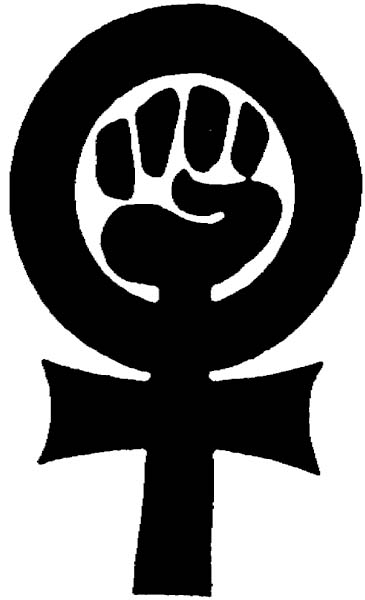 24. TNI had a feminist project in the 1980s involving Cynthia Enloe, Wendy Chapkis, Eileen Utrecht, Sheila Rowbotham and other leading figures of the 2nd wave of feminism in the US and Europe.

25. TNI’s Privatising Nature (1998), the outcome of a long-standing project concerning the tragedy of the commons, involved German feminist Maria Mies and ecologist Wolfgang Sachs among many pioneering intellectuals. It inspired a whole new generation of environmental justice activists, including the original team for Carbon Trade Watch.

28. TNI was recently listed as one of the top 70 environmental think tanks in the world!

31. Some of TNI’s best project ideas were often matured in the small kitchen in the first Paulus Potterstraat office over a strong morning coffee…the kitchen tradition continues…but now there is a new space on the roof terrace of De Wittenstraat – amazing what great ideas are minted there with a bottle of wine on a Summer’s evening!

32. TNI staff were in Beijing in 2008 as the global economic crisis broke, as one of the coordinators of the Asia-Europe People’s Forum (AEPF). The discussions and analysis of the multiple crises which led to a collective statement went long into the night, and became known as the Beijing nights.

33. When TNI supported the launch of the Carbon Trade Watch project in 2001, critiquing cap and trade schemes was seen as heretical, even by many fellow-travellers in the environmental movement, but a few years later the critique of its injustice and its inefficacy was all too clear.

Help us finish this list by emailing your suggestion to birthday@tni.org!