Linking the current boom of unconventional gas extraction within the broader pattern of land and water grabbing, this report explores where fracking is happening today, who is promoting it, how, and the state of resistance. 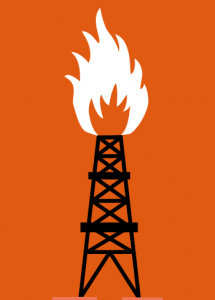 About fracking and the global land grab

With demand still growing for land-based resources, including from the energy sector, what is now referred to as the global land grab continues to have momentum. Land and water grabbing involves the capturing of control of land and other associated resources like water and underground material, and most significantly, of the power to decide how they will be used, for what purposes and who will reap the benefits.

Powered by transnational capital and its desire for profit, a wave of enclosures has been undermining peoples’ democratic control of their environment in many parts of the world. Now this trend is expanding its reach further, this time, through unconventional gas development. One form of this new threat is called fracking, the common term for hydraulic fracturing, a fast spreading technology for extracting unconventional, hard-to-access natural gas.

Fracking is increasingly portrayed as a not-to-be-missed innovative opportunity to achieve national energy security. But the ‘fracking revolution’ represents a profoundly harmful new step in the old story of the corporate takeover of natural resources because of what it targets: extraction of hard-to-reach unconventional gas deposits.

While fracking allegedly produces cheaper natural gas, it entails irreparable environmental destruction and the loss of community control of land and especially water resources to major companies in the oil and gas industry, especially through water diversion, depletion and contamination. Today’s boom in fracking is therefore undermining the power of citizens and communities to determine how land and water is to be used and how the environment is to be managed.

The key highlights of this briefing are: