Kayah State, historically known as “Karenni State”, is an example of the reform dilemmas that the ethnic nationality peoples in Myanmar face today. Although the country’s smallest state, it reflects many of the challenges in peace-building and socio-political transition that need resolution in Myanmar at large: political impasse, a multiplicity of conflict actors, contested natural resources, land grabbing, humanitarian suffering, and divided communities seeking to rebuild after more than six decades of civil war. 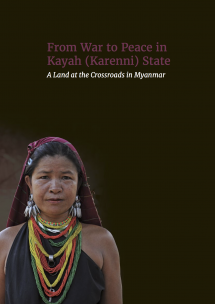 About from war to peace in kayah (karenni) state

The pressures on Kayah State are presently immense. After decades of conflict, the Karenni peoples are determined that their struggle for political and ethnic rights keeps pace with countrywide endeavours for national peace and democratic change. They have been too often forgotten in the past. But as transitional challenges deepen, there is a real risk of the emergence of a new generation of grievances that could undermine the limited achievements of reform so far even before real political dialogue has begun.    This report seeks to analyse the challenges now facing Kayah State at a critical moment in the transition from military rule. As always in Myanmar, a balanced understanding of local perspectives and realities is vital in a territory that reflects different ethnic, religious and political perspectives. In the case of Kayah State, the difficulties are exacerbated by the territory’s isolation from outside engagement during the long decades of civil war. This lack of access has resulted in a dearth of research and reporting on the political conflicts that have had a devastating impact on the ground. As initiatives continue to build a better future, the impoverishment and socio-economic challenges facing many communities in Kayah State are little documented or understood.   Kayah State should not be considered an exceptional or peripheral land on a remote frontier in Asia but an integral example of the failures of post-colonial Myanmar. It is vital that, in the coming years, Kayah State becomes a model for informed and progressive change rather than a symbol for marginalisation and neglect into yet another era of divided and unrepresentative government.