Report on the Caribbean Informal Drug Policy Dialogue on the Future of Cannabis December 10-12, 2021, Kingstown, St. Vincent and the Grenadines

The Caribbean region’s Informal Drug Policy Dialogue that was held in Kingstown, St. Vincent and the Grenadines (SVG), in December 2021, at the initiative of Transnational Institute (TNI) in close collaboration with the Medicinal Cannabis Authority (MCA) of SVG highlighted several challenges to the establishment of a legal medical cannabis industry currently being faced by countries in the region. These issues include international banking restrictions; access to laboratory, research and testing facilities; complying with EU GACP and GMP to meet the standards for exports, the Seed-to-Sale System; securing access for patients and getting doctors to prescribe; the structure of the licensing system; guarantees for the Rastafari community for ceremonial ganja usage, and most importantly, how to envisage traditional cultivators inclusion in the regulatory framework and practice being developed.  Around the table seven (7) countries were represented from the region: Barbados, Grenada, St. Kitts and Nevis, Antigua and Barbuda, Jamaica, St Lucia and of course St Vincent and the Grenadines. 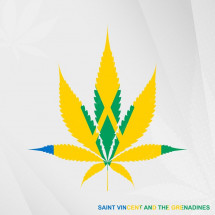 Report on the Caribbean Informal Drug Policy Dialogue on the Future of Cannabis (PDF, 306.24 KB)


All present blessed the opportunity to discuss these issues at a (physical) round table, and fully agreed closer coordination and collaboration of governments and institutions in the region is fundamental to avoid future scenarios in which Canadian or US grown cannabis would be a merchandise to be sold in the region. This cooperation may be obvious but esteemed far from easy, in the words of one participant: “We Caribbeans behave as one people outside the region, but here we are fierce competitors”. The scenario that each and every small island state will reinvent the wheel on how to best profit from this emerging medical cannabis industry is already taking shape. Bearing the CARICOM Cannabis Commissions’ report in mind, the group agreed some collective action or agreed policies should follow from this meeting.

Comparative advantages the region possesses for this business to prosper- such as climate, soil and a long tradition of cultivation- are some of the important ingredients that unite the region creating a joint niche market for (medical) ganja.

Global developments show non-medical uses of cannabis, in UN treaty terminology, is increasingly accepted and regulated. In the United States and in Europe developments are at a high pace, with federal US level legislation is on its way and the new German government announcing full cannabis regulation. Some Latin American countries are in the midst of designing regulatory frameworks for cannabis, such as Mexico. The legal obstacles that are part of the UN treaty provisions are outmoded and unworkable so their existence should not prevent, and is not preventing, countries from legalizing cannabis for adult use. Sanctions for non-compliance have not been imposed by the UN and only the U.S. has done so in the past, but since several U.S. states have now regulated their cannabis markets, this threat has disappeared. Countries need to develop a strategy to deal with non-compliance, so what options exist? It is deemed improbable or even impossible to await a more lenient rescheduling or descheduling of cannabis through the UN mechanisms, as witnessed after the WHO recommendations. Amending the treaties is possible in theory but in practice can be easily blocked by opposing countries. The polarized positions will block any UN treaty reform regarding cannabis anytime soon. Two options remain for countries: to renounce the treaty and re-access it with a reservation, as has been done by Bolivia regarding the coca leaf. The other option is the inter se modification agreement: a treaty provisions modification of two or more members. This option would allow countries to trade cannabis with other countries involved. A Caribbean cannabis trade agreement, including an inter se modification that changes treaty obligations among the group, could facilitate intra-regional trade, for medical and religious purposes, and prepare the ground for other future trade.

Transnational Institute (TNI) shared recommendations that came out of previous workshops, held in the Caribbean region, Colombia and Morocco, which resulted in the establishment of a Caribbean Fair Trade Cannabis Working Group comprised of growers’ networks, researchers, and practitioners:


The idea surfaced to develop a proper regional (ITAL) standard, quality brand for the CARICOM medicinal cannabis industry, focusing more on the development of a regional market, instead of investing all efforts into complying with the EU standards, particularly far-fetched for most of the traditional cannabis cultivators.

One recommendation that had the consensus of all participants was the urgent need for a regional harmonized approach to take control over development of the Caribbean cannabis industry, inclusive of traditional cultivators. Another recommendation aimed at tackling the banking issue was for Caribbean countries to consider using their national(ized) banks, to perform banking services for their cannabis industry. The participants also recommended a collaborative approach to entering the international cannabis market space, as this regional approach would make the region stronger in this emerging market. It was also recommended that the region need to learn from the best practices of each other in relation to the cannabis industry. In relation to ensuring that traditional cannabis cultivators remain a key stakeholder in the cannabis industry it was recommended that the cooperative structure encouraged and supported as this structure is a way of achieving economies of scale. Finally, it was recommended that the current group present at the workshop become a Task- force for moving forward the cannabis industry in the region and move the industry forward together, because it had representation from all stakeholders across the industry in the region.

Report on the Caribbean Informal Drug Policy Dialogue on the Future of Cannabis (PDF, 306.24 KB)

Latin America and the Caribbean