Are Myanmar's current drug policies effective? How do they impact important issues such as human rights, sustainable development, ethnic conflict, and the peace process? 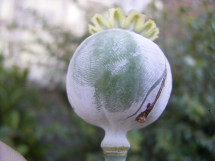 This paper explores the current state of counternarcotics policy and policy reform debates in Myanmar. It analyzes the main trends in drug production, trafficking, and consumption, and assesses the key harms and threats these pose to the country.

The paper will provide an overview of Myanmar’s current drug policies and related legislative framework, and assess whether these are effective in addressing the drug-related problems in the country. It will also consider what other impact these policies and laws may have on important issues such as human rights, sustainable development, ethnic conflict, and the peace process.

Finally, the paper will make some recommendations for change and provide suggestions on how Myanmar could benefit from the 2016 Special Session of the United Nations General Assembly on the World Drug Problem (UNGASS 2016).

This paper is part of the project Improving global drug policy: Comparative perspectives and UNGASS 2016 by the Brookings Institute.