Who does the World Economic Forum really represent? An analysis of the ‘Davos Class’

TNI takes a close look at the World Economic Forum’s Board to see who they represent, their economic interests and political beliefs. Might this be the future of global governance? 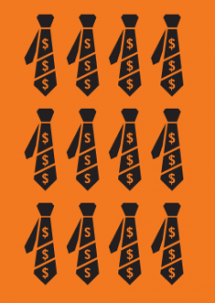 About who does the world economic forum really represent?

According to the World Economic Forum, 2500 people including 40 heads of state will attend the annual gathering in Davos from 20 to 23 January. The forum says its mission is to “improve the state of the world” and to “shape global, regional and industry agendas.” 1

Who does WEF say it represents?

The World Economic Forum (WEF) argues that it is “accountable to all parts of society” carefully “blend[ing] and balanc[ing] the best of many kinds of organizations, from both the public and private sectors, international organizations and academic institutions.”

Meanwhile its year-round membership is made up exclusively of 1000 of the world’s biggest multinational corporations, most with more than US$5 billion in turnover.

TNI analysis of the Board of WEF

To understand WEF better, TNI carried out an analysis on its 24 Board members to analyse whether this group entrusted with guarding WEF’s “mission and values” are truly representative and accountable to society.

The research showed that:

A closer look at the backgrounds of some of the Board members also reveals a high prevalence of narrow ideological thinking and conflicts of interest. A number are leaders of corporations with a history of social and environmental abuses – all of which raises serious questions about the Board’s supposed mission to “promote true global citizenship”.

> See infographic on WEF Board at http://davosclass.tni.org/

Why does this matter?

WEF likes to project itself as a concerned global actor, distressed by growing inequality and concerned to build a progressive globalisation. However when its own governing structures are dominated by the richest oligarchs and corporate executives obsessed with minimising regulations for corporate profits, it raises questions about whose interests they really serve.

Political scientist and TNI Board President Susan George has called these elites, the “Davos Class”, a “nomadic, powerful and interchangeable” class that “despite its members’ nice manners and well-tailored clothes, is predatory.” 3

The real concern is not just that the ‘Davos class’ gets a chance to meet and strategise, but rather that they advance global agendas that largely serve their own economic interests and disproportionately impact on the poor, with no democratic accountability.

There is evidence that discussions at the World Economic Forum have stimulated the negotiation of new free trade agreements that have led to job losses and a massive rise in corporate litigations against states; facilitated the formation of the G20 that brought a few small actors into global policy-making but continues to exclude the vast majority of nations; and provided the forum for banks to successfully lobby government officials to limit necessary regulations on financial industry in the aftermath of the global crisis. 4

WEF – the future of global governance?

The World Economic Forum has also made clear that it sees itself as a model of how the world should be governed – actively advocating through its Global Redesign Initiative for a shift from multilateral governance based on state-to-state decision-making to a multistakeholder governance in which corporations have a much more dominant role, becoming effectively global citizens. 5 This process is already under way with the emergence of evermore self-selected and self-appointed multi-stakeholder forums worldwide such as the World Water Forum, the Marine Stewardship Council or the Internet Corporation for Assigned Names and Numbers (ICANN).

The Board in a sense is a vision of how the WEF wants the world to be run – by a small group of mainly male corporate executives with the same education and ideological vision, with a mere smattering of diverse non-corporate actors to give their actions legitimacy.