Before & After US Foreign Policy and the September 11th Crisis

Americans were uniformly shocked by the lethal ferocity of the September 11 attacks. Around the world, people and governments were appalled at the human carnage and extended unstinting sympathy-but many made it clear that their sympathy for the victims did not equal support for Washington's response to the terror attacks. 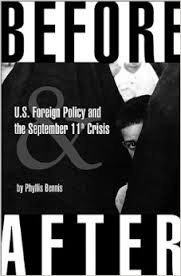 About before &amp; after us foreign policy and the september 11th crisis

"Before & After" examines the role of US foreign policy in the terrorism/anti-terrorism crisis that began - -publicly - with the attack on the World Trade Center, but which in fact has roots that began long before that September day. It dissects not only the specific Middle East policies long identified with public opposition in the region (for example: support for Israeli occupation of Palestinian land, economic sanctions responsible for widespread deaths of Iraqi civilians, and support for repressive monarchies and dictatorships throughout the Arab world), but also provides context to these issues and the legacy of US unilateralism.

The book traces the decisions made by the Bush administration in the wake of the September 11 attacks, analyzes the choices ignored, the options discarded, and the international laws violated-and the likely consequences.

'Why do they hate us?' was an often-read heartfelt plea of many Americans after the tragedy of Sept. 11th. Bennis says 'For generations Americans believed themselves immune from any repercussions of their government's actions. Nothing US policymakers did around the world would ever have any serious consequences on their lives at home.' So although the world was united in shock at the scale, the audacity, the cruelty of the attacks, only Americans were also surprised, as distinct from shocked, 'that such an act might be contemplated or attempted.'

'The surprise itself might have been anticipated. For a country that prides itself on openness, Americans have a remarkably narrow world view. Most Americans had never considered that there might be people around the world who blame their government - and them - for ongoing devastation and for immediate crises in countries on the other side of the globe.'

‘Beyond the broadest, most general concerns, few international developments reached the center of US public discourse in recent years, while newspapers and television stations slashed their news budgets and shut down bureaus around the world.'

Is it any wonder that the sudden recognition 'that not everyone in the world sees America as Americans like to think of themselves and their country: generous, fair, democratic, open-minded' rent a hole in the feeling of immunity so commonly assumed? The author explains in scope as well as in detail some of the reasons the rest of the world, while shocked, were not wholly surprised at the attacks which took place on that fateful day.

Anyone who wonders how the Middle East can still bear such heart-wrenching proof of international policy-makers' inability to sort victims from the victims of victims while leaving perpetrators unaccountable, should read Bennis' historical synopsis of US policy in the Middle East in chapter two. Very clearly written, she shows how the groundwork for present-day confusion was laid after the First and Second World Wars, and has not been untangled since. The promises made simultaneously to Syria, Lebanon, Palestine and to the organizers of Jewish immigration into Palestine by France, England and the United States, set the region on a seemingly endless struggle over who has the right to be here, who was duped, who was double-duped. (Isn't it curious that Germany is never mentioned in the list of countries responsible for the present mess?) That the ongoing human tragedy does not seem higher on the priority list of the nation who could sort this out causes pain and desperation for all concerned. That Washington follows its own unilateral interests becomes quite clear.

Bennis calls for a multilateral challenge centered in the United Nations to the Bush governments' empire-like unilateralism in order for an international, more civil society to emerge. Since the American political right wing perceives the United Nations as an agent of Satan, this is not likely to happen under the present administration. This book is a sure incitement to dialogue on many fronts – and the lady has done her homework.

Understanding the Palestinian-Israeli Conflict A Primer