Across the world, the state of environmental stress is unprecedented. As scholarship and activism on ‘environmental justice’ points out, poorer and marginalised communities face particular exposure to environmental harms. This holds particularly true for populations in the global South. The role of illicit drugs in relation to these environmental stresses is an underexplored terrain. Yet, as this report will argue, drugs, as well as the policy responses to them, are an environmental issue. 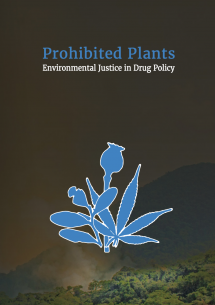 This disconnect between drug and environmental policy is the result largely of the institutional compartmentalisation of the issue of drugs into the domain of crime and law enforcement with little outreach to other spheres related to the environment or sustainable development. References to the environment within drug policy have as such remained sparse and limited in scope.

This is slowly changing. A resolution on alternative development adopted by the Commission on Narcotic Drugs (CND) - the central drug policy-making body within the UN system - in March 2022 gave special attention to environmental protection, encouraging “Member States to examine and address, within the efforts of alternative development, the harmful impact of the illicit cultivation of crops used for the production of narcotic drugs on the environment, which may lead to deforestation and the pollution of soil and water, and to seize the opportunities offered by alternative development with regard to the conservation and sustainable use of the environment and the protection of biodiversity”. And for the first time this year, the 2022 United Nations Office on Drugs and Crime (UNODC) World Drug Report includes a special booklet on the connection between illicit drugs and the environment.

This report, which draws on TNI’s original research, fieldwork, interviews and a broad literature review, aims to add to this burgeoning debate in the following ways: